When the Apollo VII mission launched in October 1968, it was a groundbreaking spaceflight that immediately flew into the history books as the first mission in the Apollo program to carry a crew into space. During its time there, it traveled a total distance of 4.5 million miles. However, moving it just a fraction of that distance – from its construction facility to the launch pad and up to space for its flight – was a precarious and difficult undertaking. Altogether, the Apollo program, consisting of 11 missions, cost an estimated $20 billion in 1970s currency. That would be about $100 billion today, meaning each component was unspeakably expensive. The risk of damage during transport was untenable. And that’s why NASA chose AeroGo to move the Apollo VII command module and other components around the Kennedy Space Center.

When it comes to aerospace equipment, getting the right move system is critical. These vehicles, their payloads, and associated components are designed to withstand the rigors of an orbital launch and use in space, but that just makes them even more difficult than normal to move. Not only are they expensive, they’re incredibly heavy (the Apollo VII command module weighed 32,390 pounds, or 14,690 kg, at launch) and are often surprisingly fragile. 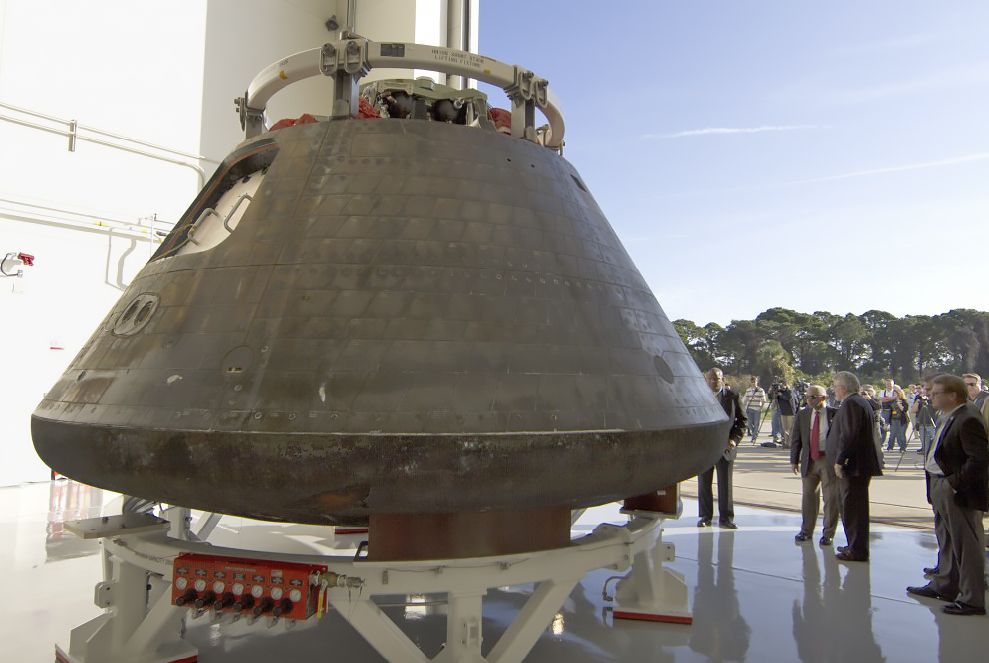 The reason for using AeroGo’s air bearing systems is that they can move delicate but heavy capsules with incredible smoothness and precise positioning, in a way that is safe for both human operators and the equipment. Air casters literally float the equipment from place to place over a thin membrane of air, which ensures that sensitive, expensive, and delicate equipment will not be damaged by bumps, vibrations, or other incidents.

Since the very beginning of the space race, when NASA is shooting for the stars, they use a solution that can literally float on air.